The Enphase Ensemble coming in 2021  is solar storage technology, part of the Enphase family, that is designed for either whole-home or partial-home solar energy storage and backup in the case of a grid failure.  As a gold installer for Enphase we are excited to have the final piece of the puzzle come to New Zealand to provide a complete solution for the home from one company, one app covers production, storage and consumption providing easier and more reliable operation and maintenance.

The system includes the Encharge 10 or Encharge 3 storage systems (or a combination of both), the Empower smart switch, the Enlighten cloud monitoring platform, and the Envoy combiner. The system is designed to be used with any of the Enphase IQ series of microinverters. 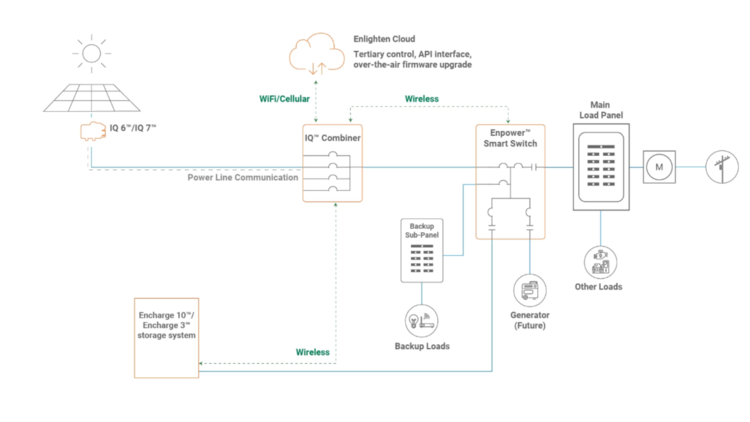 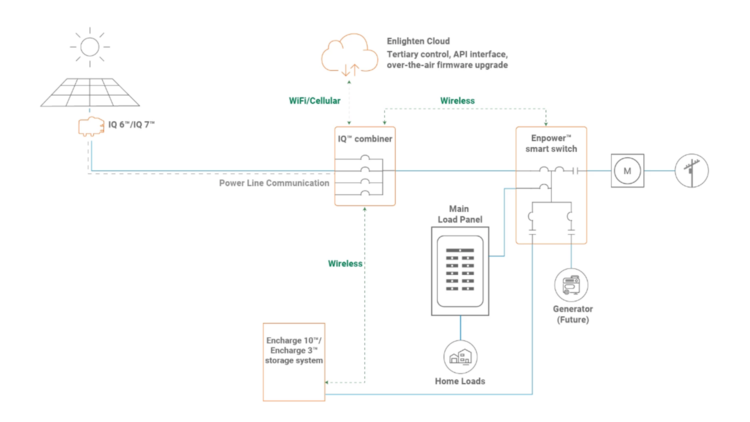 All of these components work together to provide you with instant seamless backup electricity from your grid-tied solar energy system when the grid experiences a grid failure. As we mentioned above, this system is unlike other traditional grid-tied solar energy battery backup systems in that it will still produce energy to power your home even when the grid is down. If there is excess energy being produced beyond what your system is using, the excess will go to the storage system for later use.

What Makes The Enphase Ensemble Different?

Unlike the LG Chem, you are not required to get any kind of certification to purchase or install the Ensemble system. The system requires little to no maintenance, is simple to install, and easy to monitor, and it works out to be less expensive over the lifetime of your solar energy system than many other hybrid and off-grid battery backup systems.

Is The Enphase Ensemble Reliable?

The Enphase Ensemble is very reliable since it is the first truly grid-independent solar energy battery backup system. It is the result of over 10 years of research and development and more than 300 patents. The monitoring system allows you to see exactly how much energy you are harvesting from your solar energy system and you can even control the system using existing home technologies like Alexa.

By its very nature, the Ensemble is more reliable than other backup battery systems on the market today. Other available systems are hybrids, which means they are partially grid-reliant. With those, when the grid goes down, your ability to produce more power via your solar panels is cut off to prevent your home from becoming an “island” of energy in the grid, which could potentially injure a technician who attempts to fix the grid outage.

So in that case, you are limited to only the energy that was stored in your battery at the time the outage began, which is a best-case scenario that may offer you 10-12 hours worth of energy. Grid outages may last several days, so your expensive investment in a grid-reliant battery backup system may leave you in the same powerless boat as your neighbors within less than a day, which can be very frustrating and even potentially dangerous.

With the Ensemble system in place, your solar panels will generate energy whether the grid is working normally or experiencing an outage. While the grid is working, the IQ series microinverters work the same as a typical grid-tied solar energy system.

The Encharge battery storage system is a reliable, simple, and safe way to back up your home with electricity even during a grid outage. The Encharge 10 is actually just three Encharge 3 units put together in a larger water-tight cover, and it obviously provides three times the amount of capacity as the Encharge 3.

Both come with a 10-year limited warranty. They utilize passive cooling techniques, which means there are no fans or moving parts to break. Encharge units are simple to install since they are essentially plug-and-play and they can interconnect effortlessly with standard household AC wiring. You can combine multiple Encharge units to maximize your energy storage and provide backup for your entire home.

What Does The Enpower Smart Switch Do?

The Enpower smart switch is the component that is responsible for making the change between functioning as a grid-tied system and isolating your home microgrid by detecting a lack of grid power. It works automatically and instantly to keep continuous power flowing to your home without causing any potentially dangerous situations on the grid.

Is It Compatible With IQ6 And IQ7?

The Ensemble is indeed compatible with the full line of IQ6 and IQ7 series microinverters, and it will be compatible with IQ8 which is set to be released later this year. This makes it easy to retrofit existing systems with the whole Ensemble upgrade.